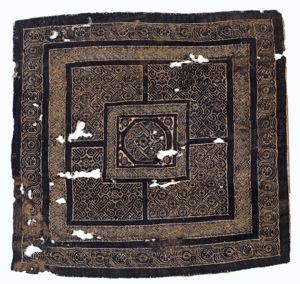 Panel with meander or knot, interlace and guilloche patterns

Your current search criteria is: Portfolio is "Hartley Artifacts / Textiles" and [Objects]Artist is "Early Byzantine Egypt".